In the following extract from a text written in 1919, Rudolf Steiner describes what he called the fundamental social law, a principle that esplains how the wellbeing of a community or society depends on the personal contribution of each member, their degree of ownerhip and participation. Despite the language of his time, we recognise a principle that applies to society in general, now as well as then. Karl König applied this social principle in real life when he formed the first Camphill community in Botton 60 years ago. What do we make of it today?

"Briefly as the subject must be dealt with, there will always be some people whose feeling will lead them to recognize the truth of what it is impossible to discuss in all its fullness here. There is a fundamental social law which spiritual science teaches, and which is as follows:

‘The well-being of a community of people working together will be the greater, the less the individual claims for himself the proceeds of his work, i.e. the more of these proceeds he makes over to his fellow-workers, the more his own needs are satisfied, not out of his own work but out of the work done by others’. 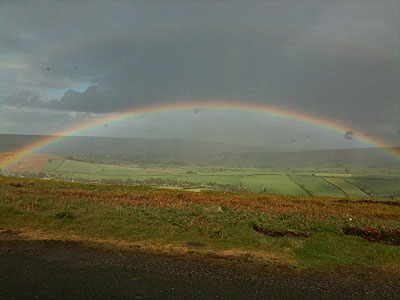 Every arrangement in a community that is contrary to this law will inevitably engender somewhere after a while distress and want. It is a fundamental law, which holds good for all social life with the same absoluteness and necessity as any law of nature within a particular field of natural causation. It must not be supposed, however, that it is sufficient to acknowledge this law as one for general moral conduct, or to try to interpret it into the sentiment that everyone should work in the service of his fellow men. No, this law only lives in reality as it should when a community of people succeeds in creating arrangements such that no one can ever claim the fruits of his own labour for himself, but that these go wholely to the benefit of the community. And he must himself be supported in return by the labours of his fellow men. The important point is, therefore, that working for one's fellow men and obtaining so much income must be kept apart, as two separate things.

Self-styled ‘practical people’ will of course have nothing but a smile for such ‘outrageous idealism’. And yet this law is more practical than any that was ever devised or enacted by the ‘practicians’. Anyone who really examines practical life will find that every community that exists or has ever existed anywhere has two sorts of arrangements, of which the one is in accordance with this law and the other contrary to it. It is bound to be so everywhere, whether men will it or not. Every community would indeed fall to pieces at once, if the work of the individual did not pass over into the totality. But human egoism has from of old run counter to this law, and sought to extract as much as possible for the individual out of his own work. And what has come about from of old in this way due to egoism has alone brought want, poverty and distress in its wake. This simply means that the part of human arrangements brought about by ‘practicians’ who calculated on the basis of either their own egotism or that of others must always prove impractical.

Now naturally it is not simply a matter of recognizing a law of this kind, but the real practical part begins with the question: How is one to translate this law into actual fact? Obviously this law says nothing less than this: man's welfare is the greater, in proportion as egoism is less. So for its translation into reality one must have people who can find their way out of egoism. In practice, however, this is quite impossible if the individual's share of weal and woe is measured according to his labour. He who labours for himself must gradually fall a victim to egoism. Only one who labours solely for the rest can gradually grow to be a worker without egoism.

But there is one thing needed to begin with. If any man works for another, he must find in this other man the reason for his work; and if anyone is to work for the community, he must perceive and feel the value, the nature and importance, of this community. He can only do this when the community is something quite different from a more or less indefinite summation of individual men. It must be informed by an actual spirit, in which each single one has his part. It must be such that each one says: ‘It is as it should be, and I will that it be so’. The community must have a spiritual mission, and each individual must have the will to contribute towards the fulfilling of this mission. All the vague abstract ideals of which people usually talk cannot present such a mission. If there be nothing but these, then one individual here or one group there will be working without any clear overview of what use there is in their work, except it being to the advantage of their families, or of those particular interests to which they happen to be attached. In every single member, down to the most solitary, this spirit of the community must be alive ...

No one need try to discover a solution of the social question that shall hold good for all time, but simply to find the right form for his social thoughts and actions in the light of the immediate need of the time in which he lives. Indeed there is today no theoretical scheme which could be devised or carried into effect by any one person which in itself could solve the social question. For this he would need to possess the power to force a number of people into the conditions which he had created. But in the present day any such compulsion is out of the question. The possibility must be found of each person doing of his own free will that which he is called upon to do according to his strength and abilities. For this reason there can be no possible question of ever trying to work on people theoretically, by merely indoctrinating them with a view as to how economic conditions might best be arranged. A bald economic theory can never act as a force to counteract the powers of egoism. For a while such an economic theory may sweep the masses along with a kind of impetus that appears to resemble idealism; but in the long run it helps nobody. Anyone who implants such a theory into a mass of people without giving them some real spiritual substance along with it is sinning against the real meaning of human evolution. The only thing which can help is a spiritual world-conception which of itself, through what it has to offer, can live in the thoughts, in the feelings, in the will — in short, in a man's whole soul ...

The recognition of these principles means, it is true, the loss of many an illusion for various people whose ambition it is to be popular benefactors. It makes working for the welfare of society a really difficult matter — one of which the results, too, may in certain circumstances comprise only quite tiny part-results. Most of what is given out today by whole parties as panaceas for social life loses its value, and is seen to be a mere bubble and hollow phrase, lacking in due knowledge of human life. No parliament, no democracy, no popular agitation can have any meaning for a person who looks at all deeper, if they violate the law stated above; whereas everything of this kind may work for good if it works on the lines of this law. It is a mischievous delusion to believe that particular persons sent up to some parliament as delegates from the people can do anything for the good of mankind, unless their activity is in conformity with the fundamental social law.

Wherever this law finds outer expression, wherever anyone is at work on its lines — so far as is possible in that position in which he is placed within the community — good results will be attained, though it be but in the single case and in never so small a measure. And it is only a number of individual results attained in this way that will together combine to the healthy collective progress of society.